Bill’s Package Store likes to keep you In-The-Know about spirits. This month we’re giving you the 411 on Vodka.

Let’s start from the beginning… What is Vodka? 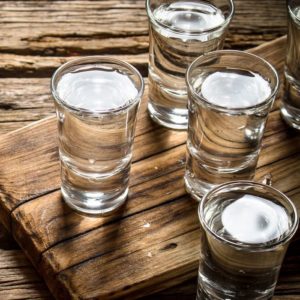 According to Wikipedia, Vodka is a clear distilled alcoholic beverage with different varieties originating in Poland and Russia. It is composed primarily of water and ethanol, but sometimes with traces of impurities and flavorings. Traditionally it is made by distilling the liquid from cereal grains or potatoes that have been fermented, though some modern brands use fruits or sugar as the base. Vodka is so popular in many cocktails because it tastes like whatever you want to make it taste like.

You can check out these brands along with a slew of other great wines and spirits when you stop in at Bill’s Package Store.

We offer superior quality, top-shelf brands of your favorite liquors and wine at the lowest prices in Clarksville, TN.